Cooking Class for Tourists in Japan 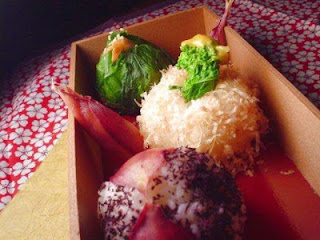 Ururu Kaigo, the Calinary Culture Expert, the Tourist Ambassador for NARA city, will provide a cooking class for International Tourists.

I will teach you some simple and beautiful Japanese local dishes.  At the end of the day, in addition to the nice pictures of Japan trip, you can also bring back home more memorable souvenirs, the food and especially the recipe, which later will remind you of the happy memories you have in Japan even though your trip is finished.

I will also advice and introduce you to the food shop, where you can find delicious Japanese food and seasonings like soy sauce and soup stock to bring back home for friends and family.

For more information about cooking classes, contact me by e-mail or  leave your comment on this blog. SUKIYAKI is well known as one of the most famous Japanese cuisine.
SUKIYAKI was born in 19 century. Literally, "SUKI " in Japanese has two meanings; one is a hoe, an ancient agricultural tool, used to move soil.  The other is very thinly-sliced meat or fish that is called "SUKI-MI", 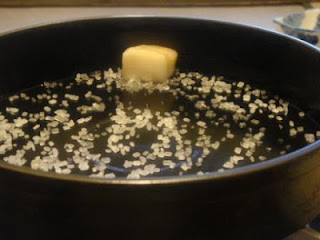 Farmer used to roast fish and tofu on a hoe instead of pan, when they were hungry.  That is the origin of SUKI(a hoe)-YAKI(roast).

As you may know, Japanese didn’t eat beef publicly before 19 century.
Japanese people were prohibited from eating beef in public back then.
Meiji Restoration brought us to globalization,  which allowed Japanese to officially eat beef in public. 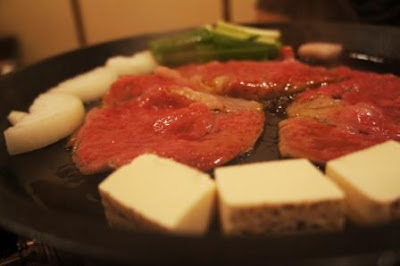 When I was a child, SUKIYAKI was a very special cuisine.
Nowadays, unlike before, everyone can afford to eat beef. For example, GYUDON (Beef bowl), consisting of a bowl of rice topped with simmered beef and vegetable, has appeared as Japanese common fast food.

Despite these historical reasons, we still have SUKIYAKI on special occasions. Generally speaking, SUKIYAKI restaurants are expensive and rare.  As such, not many people often go there. To make it more delicious, such branded beef as Matsuzaka, Kobe, Yamagata are used. 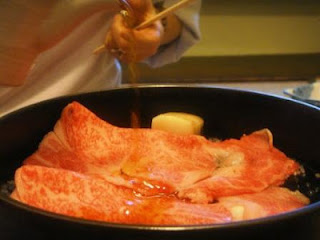 There is one more reason that SUKIYAKI is a special cuisine.
Since people do have different tastes and there are various ways of cooking, the person who cooks SUKIYAKI plays a very important role.  For instant, in my family, my grandfather almost never cooked, yet he cooked SUKIYAKI for us because it is his favorite.
And every time he cooked, we the whole family started to have good conversations as we ate and commented the SUKIYAKI he made. 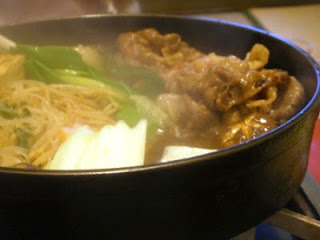 We talked and laughed while eating.  So, to me, having SUKIYAKI at home is the glue to stick all family members.

Warm family conversation will make SUKIYAKI more delicious. That is another reason that makes SUKIYAKI special.
After my grand farther passed away, I have inherited his pan to cook SUKIYAKI.  It does remind me of the happy moments we had years back. 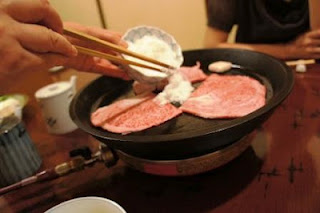 Photo (above):
SUKIYAKI was born in western region, KANSAI. This is the famous old SUKIYAKI restaurant “KITAMURA” In OSAKA.
Put the slice of beef, sugar, soy sauce, sake, mirin into the pan as your preference and heated. 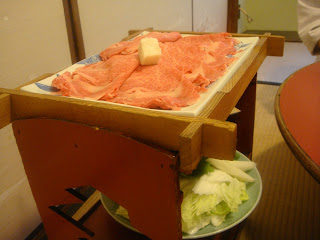 Photo (above):
This is another famous old restaurant “HON-SEKIGUCHI” in OSAKA.
The atmosphere is classic and beef and vegetable are served in old serving box. 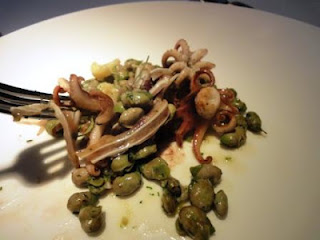 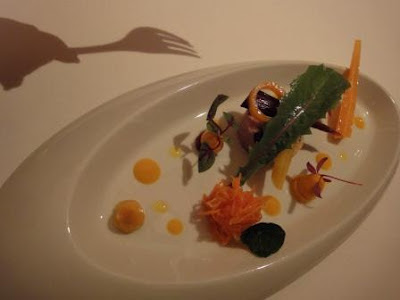 Galantine of rabbit and colorful carrots 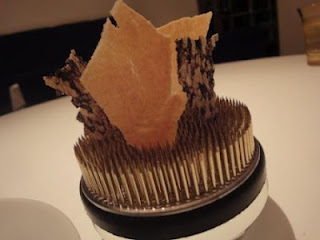 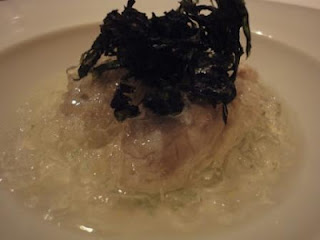 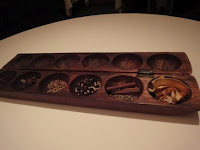